You are subject to all local laws and penalties, including those which may appear harsh by Australian standards. Find out about local laws before you travel.

If you are arrested or imprisoned, the Australian Government will make every effort to assist you under our Consular Services Charter. But we can’t get you out of trouble or jail.

Check the Australian Embassy Tokyo website for more information on arrests in Japan.

Be aware that you will not be allowed to make a phone call if you are arrested in Japan.

Authorities can charge you if they find traces of illegal drugs in your blood or urine.

Japanese family law, including divorce and child custody, is very different from Australian law. For example, joint custody of a child after divorce is not a legal option, and there are limits to access for a non-custodial parent. Family courts in Japan generally consider it in the child’s best interests to remain in their “habitual place of residence”. Courts therefore generally award sole custody to the parent who cared for the child most recently.

If you are involved in custody or other family disputes, consult a lawyer before leaving Australia or if you are already in Japan. We have produced general information on issues relating to custody, child abduction and parental rights.

Australia and Japan are both parties to the Hague Convention on the Civil Aspects of International Child Abduction.

If you are concerned that your child has been wrongfully removed or detained in Japan, contact the Attorney General’s Department in Australia.

Some employment agents mislead and encourage foreigners to work in Japan without:

This could leave you open to exploitation.

Authorities have arrested Australians for working in the entertainment industry while in Japan on tourist visas.

If you want to go to Japan for work:

The police can stop you in the street, demand identification and search you and your property.

If you are in a public place, the police can seize:

If they find any of these items on you, the police are likely to arrest you.

The initial police interrogation can last several hours. The police could record it in writing rather than electronically.

Under Japanese law, you can:

However, the police can question you without your lawyer present.

English interpreters can be substandard. Get a list of English-speaking lawyers across Japan from the Australian Embassy website.

If you stay up to 90 days, you must always have your passport with you.

If you live in Japan, you must always have your residence card with you.

It is illegal to:

These activities are also illegal:

Penalties for serious crimes, such as murder, include the death penalty.

Other phrases may include: 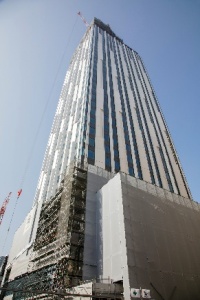