According to Japan, Russian amphibious ships traveling through a small strait between Japanese islands could transport new forces from the Russian Far East to Ukraine.

According to a press release from the public affairs office of the Japanese Defense Ministry’s Joint Staff, four landing ship tanks, including one with a deck full of military trucks, were seen heading west. in the Pacific Ocean in the middle of last week.

The hull numbers of the Russian ships, shown in photographs released by Japan, suggest that the ships were the Alligator IV Nikolay Vilkov class; the Ropucha I-class Oslyabya and Admiral Nevelskov; and the Ropucha II-class Peresvet. All four belong to the Russian Navy’s Pacific Fleet and constitute all of its main amphibious units.

The ships were traveling in two groups. One consisted of Nikolay Vilkov and Oslyabya, first seen heading west on the evening of March 15, 70 kilometers (38 nautical miles) northeast of Cape Shiryazaki at the northern tip of Japan’s main island, Honshu.

Admiral Nevelskov and Peresvet were then detected by Japan on the morning of March 16, 220 kilometers northeast of Cape Shiryazaki.

Photos released by the ministry showed the upper deck of the Nikolay Vilkov filled with at least 17 military trucks. All four ships also have internal cargo bays capable of carrying various cargo or troops.

The ships then sailed through the narrow Tsugaru Strait, which separates Honshu from Japan’s northern main island, Hokkaido. The ships were observed from the destroyer JS Shiranui and the Japanese Maritime Self-Defense Force’s P-3C maritime patrol aircraft.

Japanese media reported that the ministry believed the ships were bringing in additional units from the Russian Far East to bolster its forces involved in the invasion of Ukraine.

The Ukrainian Ministry of Defense backed up this claim, stating on March 18 that the Russian 155th Separate Naval Infantry Brigade, based in the port city of Vladivostok, and the 40th Separate Naval Infantry Brigade, out of Petropavlovsk-Kamchatsky, were heading west to “make up for losses” suffered in Ukraine. The route taken by the Russian ships seems to suggest that they were heading from Petropavlovsk-Kamchatsky in Russia’s Kamchakta peninsula to Vladivostok, where they will most likely be loaded on westbound trains if they are actually destined for Ukraine.

Japan has designated the Tsugaru Strait as an international waterway, allowing foreign ships to transit through it. The country claims territorial waters in the strait that extend 3 nautical miles from its coast, significantly less than the maximum of 12 nautical miles allowed under international law.

Disclaimer: If you need to update/edit this article, please visit our Help Center. For the latest updates, follow us on gohohgIand News 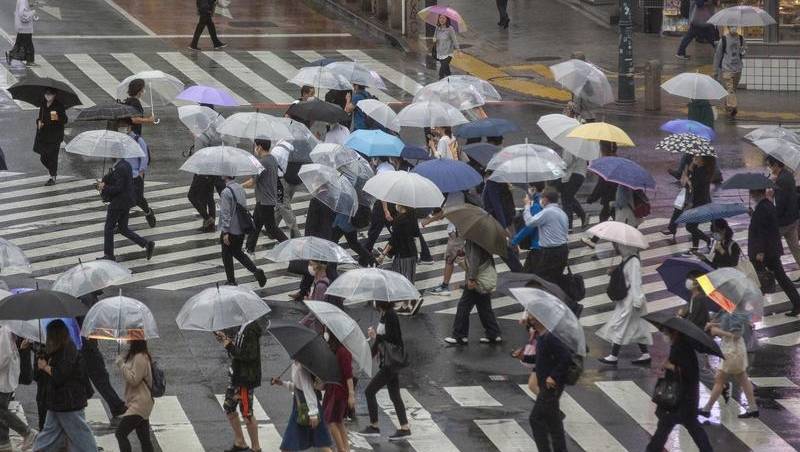 PAGASA: Typhoon Fabian crosses the islands of Japan at the exit of PH